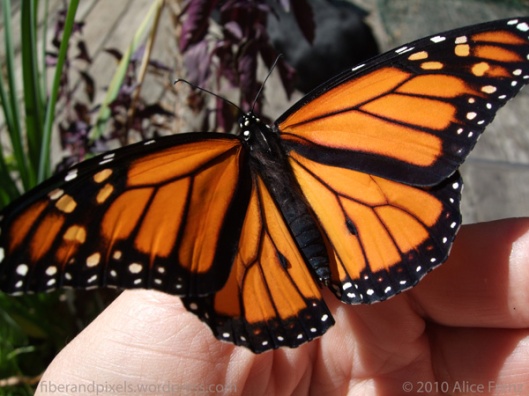 This monarch emerged from its chrysalis August 27, 2010

Faith Pruden was a first grader, with a wonderful zest for life when she was diagnosed with terminal brain cancer in February 2010 and very little time left. She got her wings on August 7th 2010, 6 months later. She touched many hearts with her love and courage, and is missed by all.

Even though Faith could no longer attend school soon after her diagnosis, her first grade teacher remained close to Faith. One day when they were talking, Faith asked her teacher to never let people forget her, and her teacher promised. Her teacher, Mary Taylor of Emerson Elementary school in Westerville, Ohio established a scholarship in memory of Faith. I was honored to be asked to create the logo. 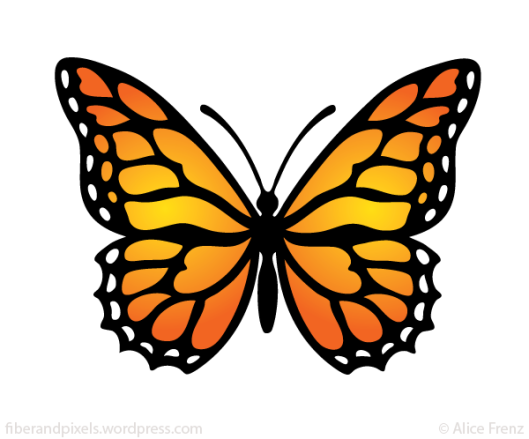 Faith had said that she wanted to return as a monarch butterfly. So I thought it was the perfect choice for the logo. I created the logo in Adobe Illustrator after first sketching out the shaping and detail of the butterfly on paper. I made some of the shapes in the wings as heart shapes to represent love and caring. The gold ribbon is a symbol for childhood cancer awareness. The blue circle with star-like points is to represent achievement. Faith’s favorite color was blue and it worked nicely to complement the orange and gold.

I create this logo in February 2011

In August 2010, I had found a monarch caterpillar clinging to a bare stem after pulling out milkweed vines (its food) from underneath my bird feeder. Since I had unknowingly removed its food source and shelter, I decided to try caring for the caterpillar. I fed it fresh milkweed leaves that I gathered from other areas of my yard. It grew quickly, formed a chrysalis and emerged a week or so later.

I photographed the chrysalis through the plastic wall of the bug keeper cage. I didn’t want to disturb it by taking the chrysalis out of the box. If you look closely, you can see the lines of the newly formed wings. The little bumps were a beautiful iridescent green. 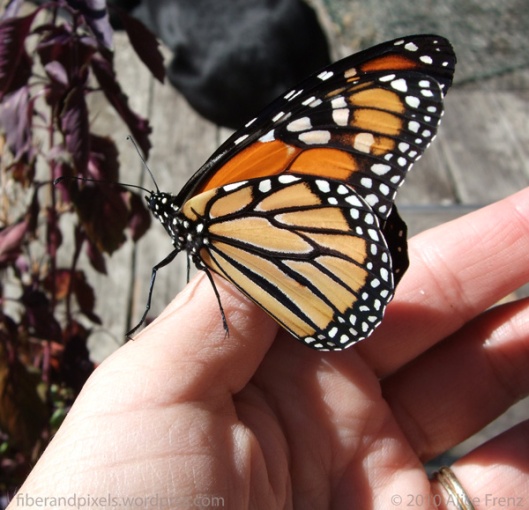 The newly emerged monarch sat on my thumb before it flew away.

3 years later, the Faith Pruden Memorial project has expanded to include another scholarship, aid to children and families being treated at Nationwide Children’s Hospital, and educational gifts to the oncology department for the children to continue the joy of learning during their care. This month, I created a new logo and website for them.

I made this design as part of the website project

On Faith’s 3rd “angel-versary” as Faith’s former first grade teacher Mary Taylor called it, their new website was ready to be viewed. A good website is never finished because it should be designed to be easily updated and grow over time, but it has special meaning for us both that it was made ready for its first visitors on August 7th, 2013. www.faithprudenfoundation.org

the new logo I created August 2013

I used the ribbon from the new logo to make graphic elements for their website.